Are you a PUBG fan and a sudden PUBG ban in Pakistan making you anxious?

It’s unlikely that you are reading this and you have no idea what PUBG is? But I will explain it a little bit briefly.

Reason Why PUBG Ban in Pakistan?

The Pakistan Telecommunication Authority (PTA) declares and notify that after all the consideration of complaints temporary PUBG ban in Pakistan will be a contrivance from 1st July 2020.

The reasons behind this explained by PTA such as:

Is PUBG Affecting In Anyways?

This query is in everyone’s mind and the resulting answer can be YES and NO.

The answer is YES because

The answer is NO because

In Conclusion, the game itself is not a problem, its overuse, its involvement in personal, professional, and student life is the main issue. If a user only considers it as a game and play it for time pass and fun in moderation. The game will not cause any harm in my opinion.

Try to monitor everything and manage closely to avoid associated health issues, addictions, and behavioral changes. Excessive of everything can cause damages.

Only God knows whether the game will be permitted or not and till how long PUBG ban in Pakistan. Many people are playing the game through VPN (virtual private networks) or with other tips and tricks.

From today promise yourself if you are an adult or a parent of a child. Once the game will be permitted again you will set limitations for yourself or your child. Set schedules, communicate, and play PUBG in moderation with the balance of everything else in life. 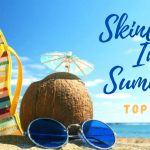 @2020 Ceekhly | All Right Are Reserved | Design With 🤍 By Qasim Mughal

Back to Top
Close
close

Please turn off your adblocker first to visit the website. Thankyou!